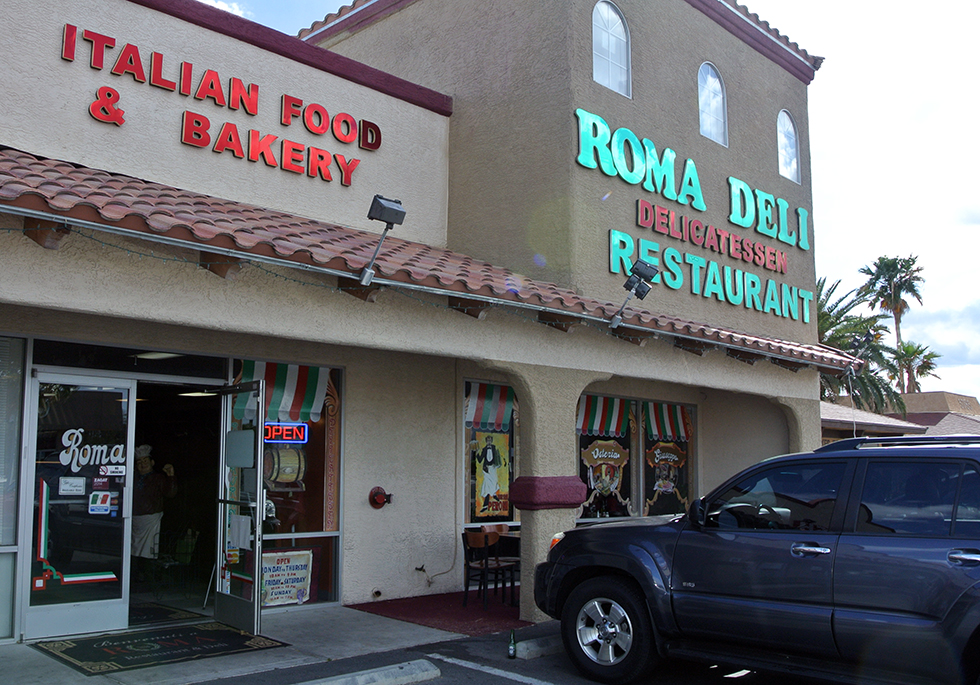 There’s no shortage of great eats in Las Vegas, and many of them don’t even require stepping outside of your hotel. Still, I always enjoy exploring away from the bustle of the strip and have been rewarded with some seriously good finds. Raku and Lotus of Siam might be the two biggest non-strip attractions (even more so now thanks to Anthony Bourdain’s recent Parts Unknown episode covering Sin City), but if you look hard enough you can find everything from 24-hour pho to Ethiopian. Vegas’ Chinatown, just a few miles west of the strip, is home to a lot of these hidden gems and local mainstays, so when I came across Roma Deli & Restaurant I pegged it as a safe bet for a filling, easy-on-the-wallet lunch.

Like everything else on Spring Mountain Road, Chinatown’s main artery, Roma is situated in a strip mall that it shares with a shipping store and a tattoo parlor. The colorful painted windows help to rid some of the strip mall stigma, but it’s not until you’re inside that you forget you’re in Vegas. The family owned and operated eatery has all the charm of any good, local Italian hangout led by the husband and wife team running things and the wall of shelves stocked with all sorts of imported canned goods. A lone television shows a satellite feed straight from Italy of the news as an older couple watches with mild interest over an espresso and a cannoli. The deli case opposite the rows of shelves stocks all the necessities: cold cuts, antipasti’s, and a diabetic’s nightmare of sweets and baked goods. Beyond that is the kitchen, not exactly “open” but visible enough to see that everything is being made to order, hot out of the pan and straight on to the plate. 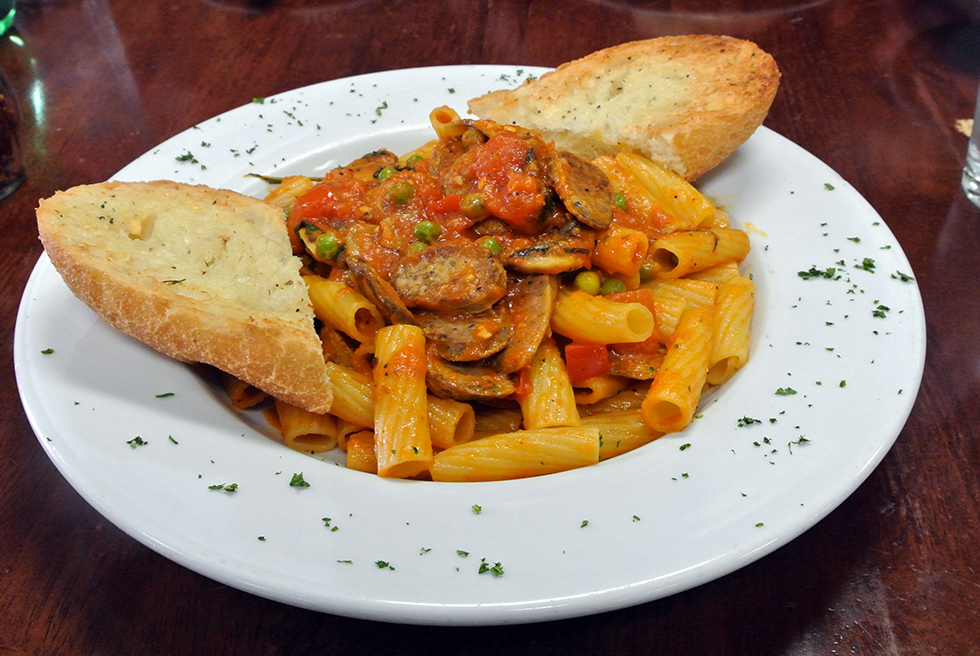 A friend and I, still feeling the effects of splitting a bottle of Hennessy the night before, decided to keep it simple and split a sandwich and a pasta in the hopes of inching back towards 100%. The rigatoni boscaiola arrived first, a healthy portion supplemented by two pieces of garlic bread. The pasta wasn’t fresh, but it was cooked a perfect al dente, a point I can never overlook. The tomato and wine sauce just coated the rigatoni and was studded with peas and mushrooms. The highlight though was the homemade sausage, undoubtedly Grandma’s recipe and a no-brainer choice over the other option of chicken. 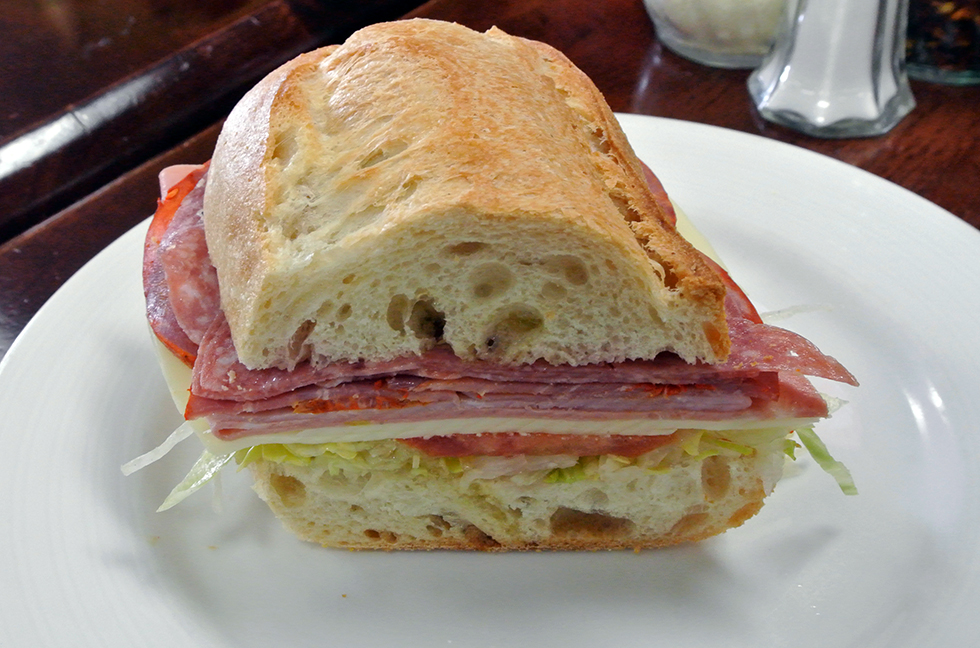 Our Italian sandwich came out shortly after and was split in half on two plates for easy sharing. Layered with a meat orgy of ham, capocollo, mortadella and salami, along with the requisite provolone, lettuce, tomato, oil and vinegar on fresh baked bread, it had all the makings of a winner. Unfortunately, the ingredients just didn’t come together as well as I had hoped resulting in a very plain tasting sandwich. Flavor-wise there wasn’t much distinction between the meats, and the bread that should’ve helped carry the sandwich was neither crunchy nor airy; rather it was too dense, bordering on stale. Removing the top piece and eating it open-face proved to be more enjoyable, but that alone couldn’t help with the overall bland taste.

Filling without breaking the bank as I had hoped? Indeed. Worthy of a return visit? Not quite. Don’t get me wrong, the atmosphere was homey, the service was friendly and the food was solid considering the price. The menu also has a lot more on it than just the two items I happened to try on this visit (the braciola, or beef rolls stuffed with prosciutto cotto and provolone then sautéed in a red sauce, seems to be one of the restaurant’s specialties and exactly what I would order if I happened to return), but having said that I preferred the meal I had on a prior Vegas trip at Cugino’s, a similar home-style Italian joint near UNLV’s campus.