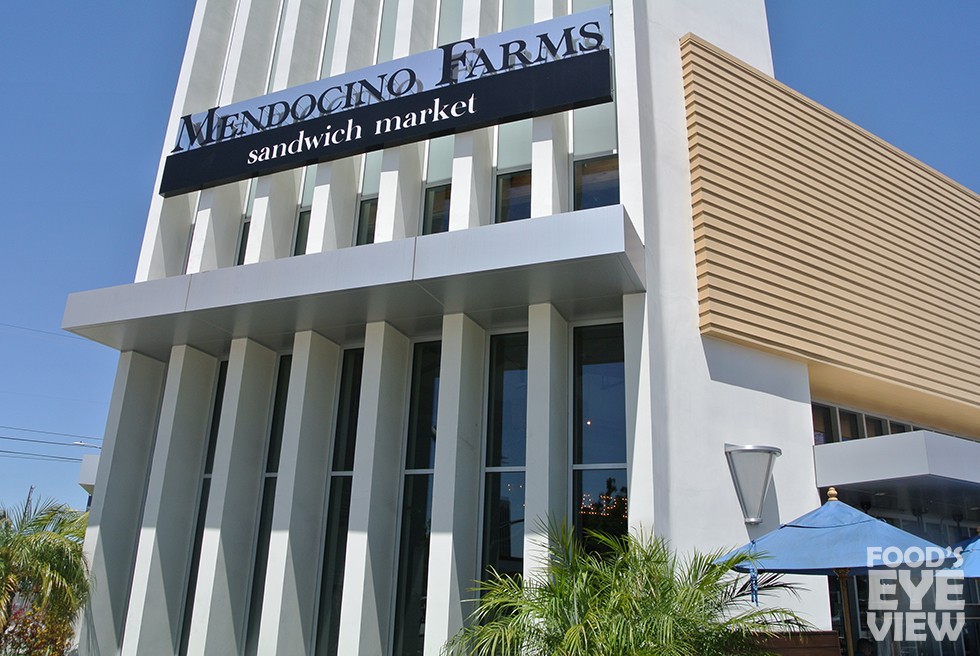 If your taste buds are worth a damn then you already know that Langer’s is the end all be all for pastrami in Los Angeles. But given that they close at four everyday and altogether on Sundays, there’s always a need for other great pastrami options. At The Oinkster, the meat is cured for two weeks before being smoked with applewood, sliced thin and served with red cabbage coleslaw, caramelized onions and gruyere cheese on a French roll. The version at newly opened Wexler’s Deli is a thicker cut with a drool-worthy layer of delicious fat that I enjoyed best with just mustard on the required rye bread. At Eastside Market Italian Deli pastrami is most popular as part of the “D.A. Special” a monstrous sandwich with Italian sausage, meatball and roast beef along with peppers and cheese. Eating one of those will have you locked up alright – on the couch taking a nap.With all of that said, there’s one more pastrami purveyor that’s popped up on the radar but it comes with a caveat – it’s only available through this Saturday May 17th at the Mendocino Farms location on 3rd and Fairfax. Ugly Drum Smoked Meats & Sausages is the creation of chefs Erick Black and Joe Marcos who cooked alongside one another at some of the city’s best restaurants before turning their focus to building their own meat-pire. They partnered with sandwich chain Mendocino Farms for a limited time pastrami pop-up at different Mendo locations across Los Angeles. The pastrami has consistently sold out at every stop with hype and limited quantities augmenting the seriously good deli meat. 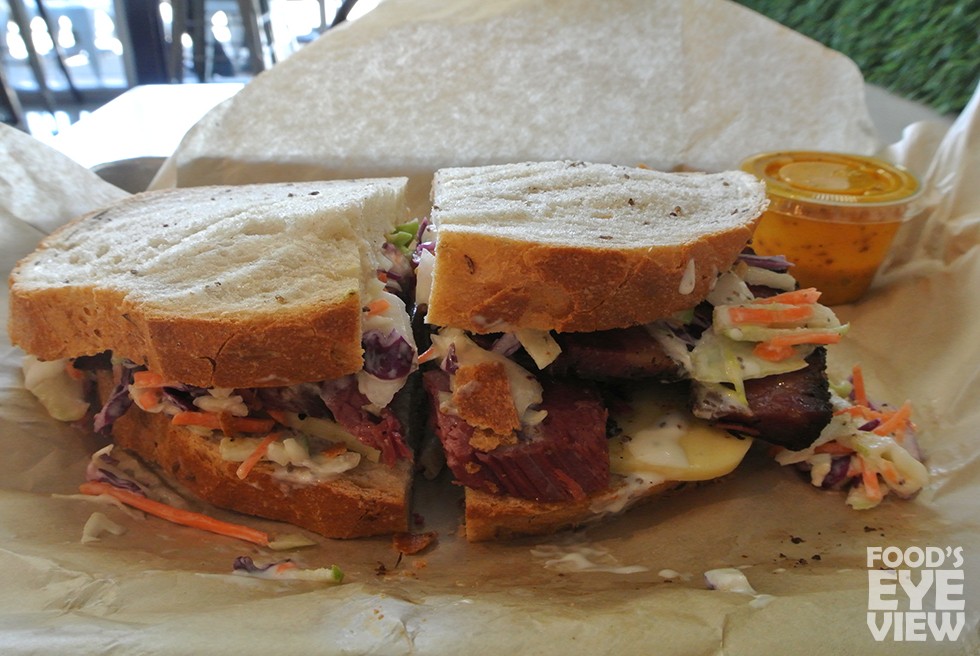 If you opt for Swiss cheese at an additional dollar the sandwich resembles the famed #19 at Langer’s (minus the Russian style dressing). The difference, though, is in the details. The coleslaw isn’t the sweet, mayonnaise-y variety but instead more tart from julienned green apples. Celery seeds add a unique bit of flavor as well. The pastrami is smoked for 12 hours then sliced thick through the gorgeous crust to reveal a perfectly cooked interior. The meat is leaner than Wexler’s or even Langer’s, but still was incredibly tender despite not being quite as moist. The bread comes courtesy of bakery Dulce Forno, a solid rye that holds all the components in place. There’s only a few days left to wrap your hands around the Ugly Drum pastrami sandwich, so skip out on that basic Subway shit that you’re used to and get over to Mendocino Farms before it’s too late. 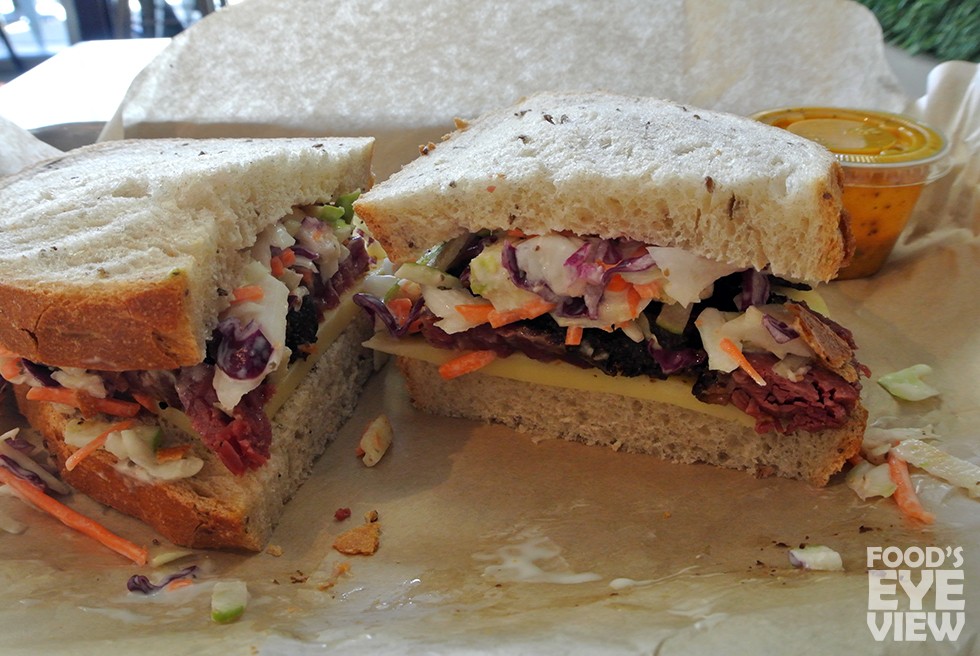